By Dave Bush and Tracy Merle

A newly retired American couple pack up and move to a small English village,
but they’re not getting the peaceful life they hoped for. 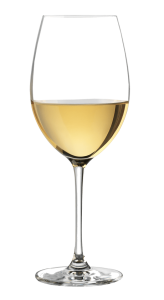 Flowers and bicycles and tea and fish and chips…

Larry and Joyce Hannigan have inherited property in the fictional English village of Tarslaw, just outside Newcastle. Larry suffered a mild heart attack at the age of 54, which convinced them both to pursue a slower, simpler life. Both recently retired and viewing life differently since the heart attack, they’ve bravely chosen to leave their life in Rochester, New York behind and create a new pastoral existence, free from the trappings of technology, noise and city bustle.

No car, no cell phones, no internet. As Joyce proclaims in the opening episode, “We want a peaceful life. With flowers and bicycles and tea and fish and chips.” But instead of that new stress-free English country life, Joyce and Larry begin to feel like the victims of an elaborate practical joke. Life in Tarslaw isn’t going smoothly. Everything would be OK except for one small snag – other people.

Upon their arrival, they surprisingly discover they aren’t alone on the property. An older, but spry gentleman with an avid love of old British punk bands, “Murph” lives in a tiny cottage on their property. Never told of this cottage or Murph, they’re unaware he’s been the long-time groundskeeper and handyman for Larry’s great aunt, the property’s original owner. Murph immediately attempts to make himself useful to The Hannigans – hoping to continue his rent-free existence. Joyce and Larry have other plans. Thus begins a cat and mouse struggle involving amateur detective work, an elusive real estate lawyer, secret messages in arranged flowers, art forgery – and a maddening lack of Pinot Grigio.

Why is Murph there and why weren’t they told about him? Who are these odd, frustrating people they keep running into? And seriously, why the hell can’t you find decent wine in Tarslaw?

“The Hannigans” is a comedy about adults, for adults. Episodes, and the season story arc, unfold with understated humor. Absurd moments arise randomly – ironically underscoring the simmering frustration of Joyce and Larry, who desperately want the life they’ve dreamed of, while proving their doubters wrong.

Despite the calming influence of her patient husband, Joyce has a difficult time keeping a lid on her frustration – she’s prone to venting via wicked sarcasm and foul-mouthed rants. She’s quite endearing.

Despite daily mishaps, misfortunes and absurdities, Joyce and Larry carry on, eventually discovering the history of Murph and his relationship with Larry’s great aunt. Ultimately, they embrace him – along with all the eccentric characters and cultural idiosyncrasies of this odd little village of Tarslaw.

Episodes are 30 minutes
Season One consists of 5 episodes